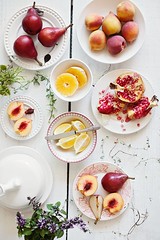 Weight loss and a healthier body can be attained by small changes in any routine such as a walk to work everyday, cycling to the store or using the stairs instead of the elevator. These flexible everyday workout routines coupled with improvements in diet can make a real difference.

For quicker and more striking results the local gym may be the answer. Gyms often offer a range of membership options which suit many different lifestyles and budgets. Some people prefer to use a gym on their own but many offer classes such as spinning, aerobics and different forms of martial arts. Gyms also offer personal trainers to advise beginners as well as motivating those who need it.

For weight loss that is sustainable, exercise should be taken alongside a healthy eating regime. Care should be taken when selecting food choices as well as the times of day food is consumed. A great source of energy in the morning might be an oat based cereal which will release energy slowly throughout an early workout routine. Food should be avoided during the hour before exercise and there should be at least three hours between a full meal and the commencement of exercise. It can be beneficial for small snacks to be taken during exercise such as bananas.

Foods that are high in energy but low in fat are recommended as they slowly release energy for a strenuous workout. Foods high in carbohydrates such as pasta and rice are ideal. It is also recommended that foods high in sugar should be avoided and at least five portions of fruit and vegetables are consumed per day.

Another important part of a healthy diet is water. Drinking plenty of water can also aid weight loss when combined with a healthy diet. Water should be drank before a workout routine and at least 200ml should be consumed for every fifteen minutes of exercise. Enough water should be taken if a person is to undergo a long walk, run or bicycle ride.

Many people will not want to go to the expense of joining a gym but will want faster results than simply walking to work will offer. There are several workout DVDs on sale that offer a one off investment and the flexibility and comfort of working out at home. A DVD should be suitable for not only the person’s ability but also for the home in which it will be used. Many workout DVDs require a large amount of floorspace.

A novel way of exercising at home is now provided by gaming consoles. Sports simulations offer the user an interactive way of getting fit. These software games can also record progress of the individual and set goals for the future.

Sustainable weight loss relies on changes in lifestyle. Embarking on a crash diet or over exercising for short term gain will most likely end in failure. Moderate exercise coupled with a healthy eating regime will provide the best chance of sustained weight loss and improved health. Exercising for at least thirty minutes per day and sensible diet choices will result in gradual yet long term weight loss.

A gym membership is a great way to go if you have extra cash lying around and don’t mind exercising in front of a group of people. All others who are not not crazy about being stared out while they exercise and wants to keep a little extra money in their wallet consider P90X. The 90 day in home total body solution featuring one of a kind fitness expert Tony Horton.

Coming Down The Stairs 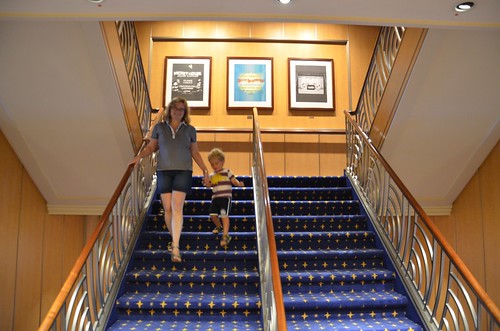 Image by Joe Shlabotnik
We decided it’d almost always be faster (and healthier) to take the stairs instead of the elevator – the elevators were quick, but the waits could be long – so we probably climbed up and down more stairs that week than we had climbed for the whole rest of the year. (And we live in a five-story house!)